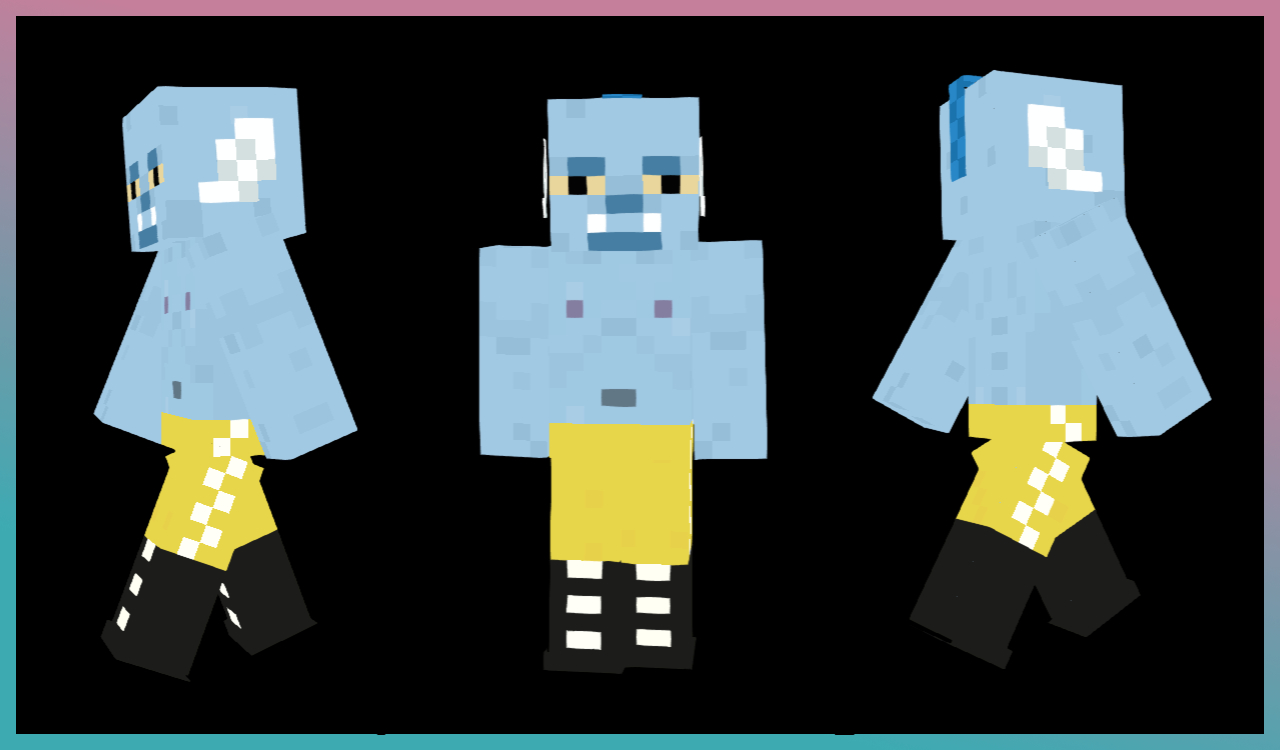 This is the third part of a series of articles on simple structure and points that you can refer to when creating your own skins 💪
You can download the actual skin at the bottom of the page if you like it 🙆️
Of course, you can also import this skin into Minecraft Skin Editor 2D and customize it 🤖.

This time, I tried to make a skin with the image of a merman.
It took longer than expected, but it was not well received by my family 🤷‍♀️. I'm not sure why I decided to make a merman skin, but I can't help it.
I don't think it's a bad idea, but I do feel that it's a lost cause. 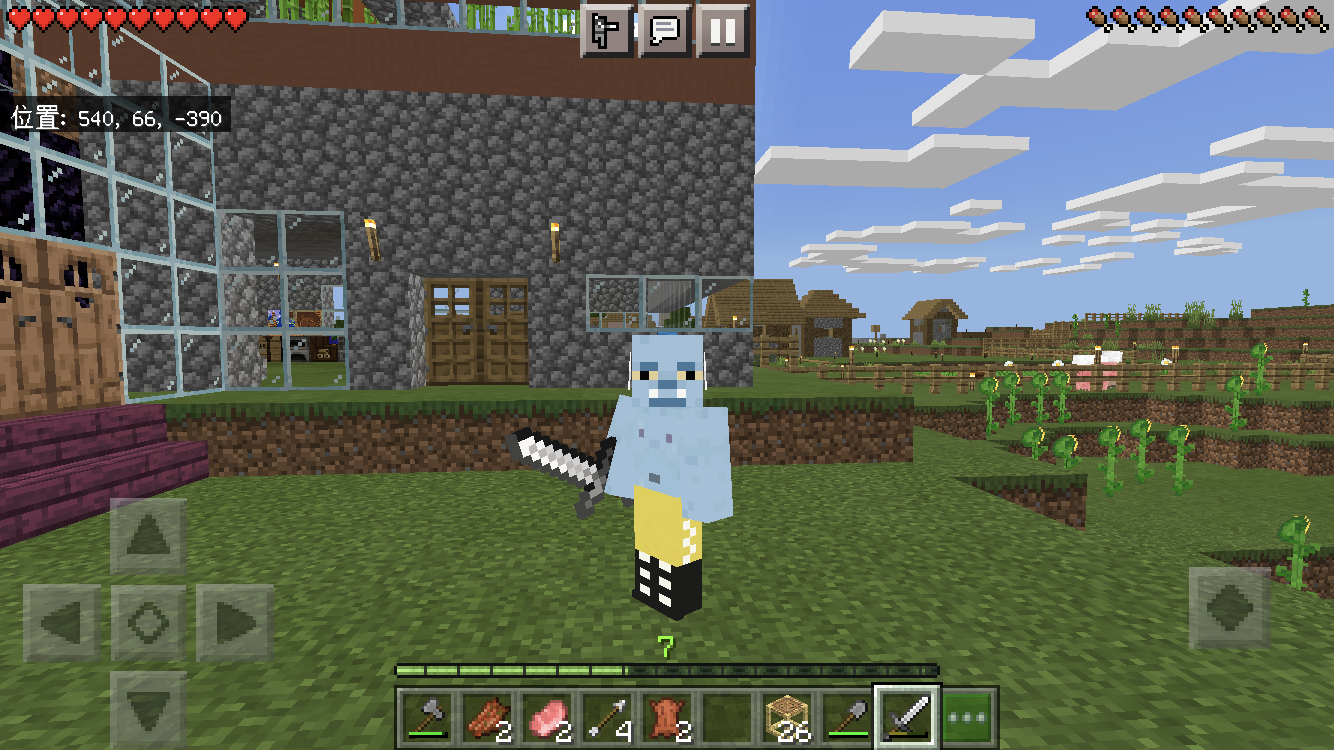 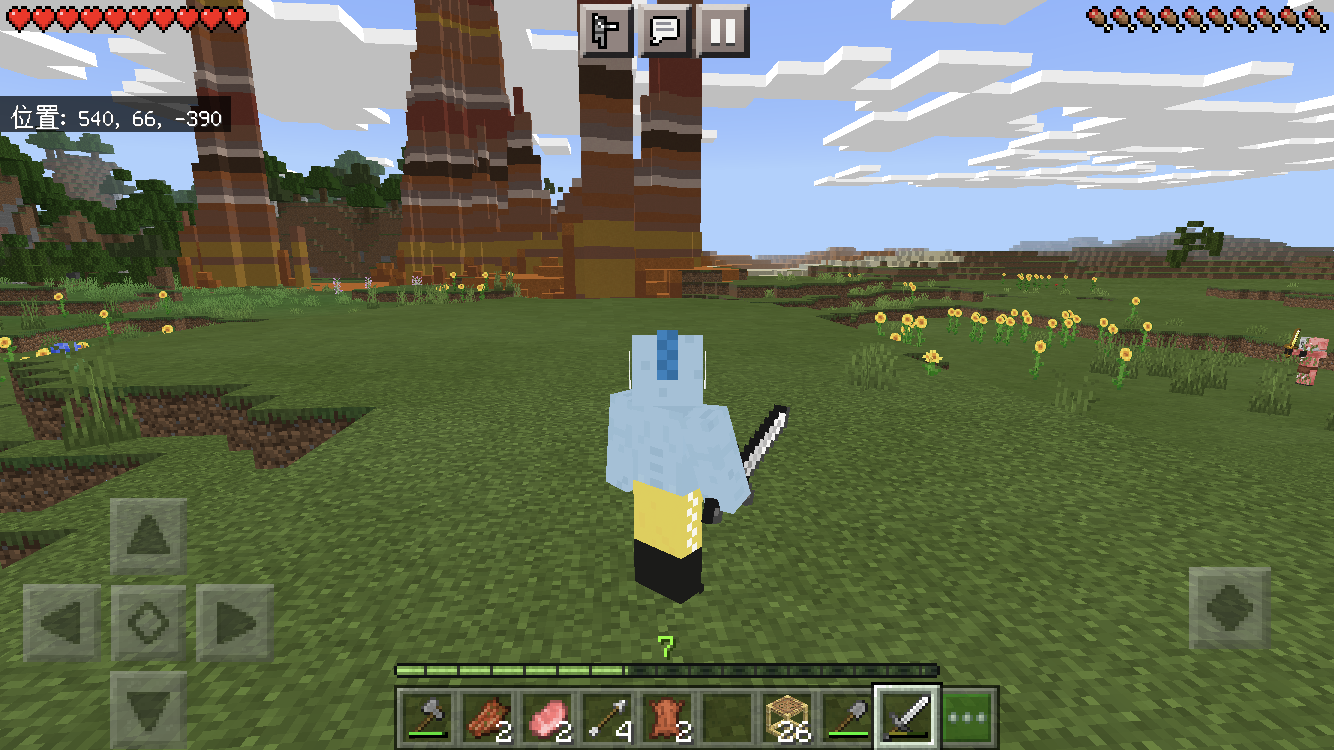 The configuration of the skin looks like the following.

The over layer represents the dorsal and pectoral fins. The pectoral fin looks a little like a feather.

left: under layer
right: over layer 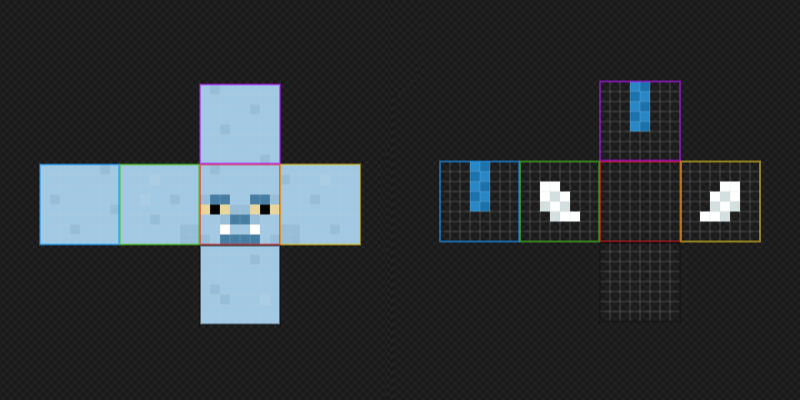 This time, I wanted to express a muscular body, but I don't have enough skills 😭.
I tried to draw the shadows using colors that were quite close to the base color, but I got the impression that it was more difficult than I thought.
However, I feel that the use of the lower part of the body as pants was quite good. I'm sure this technique can be applied. 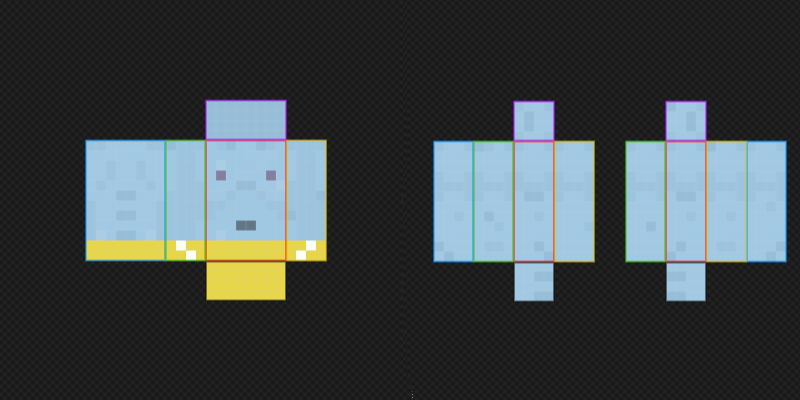 I imagined a pair of pants with horizontal lines, like an adidas jersey.
And the boots.
The overall image is that of a professional wrestler, but again, the overall concept is uneven. 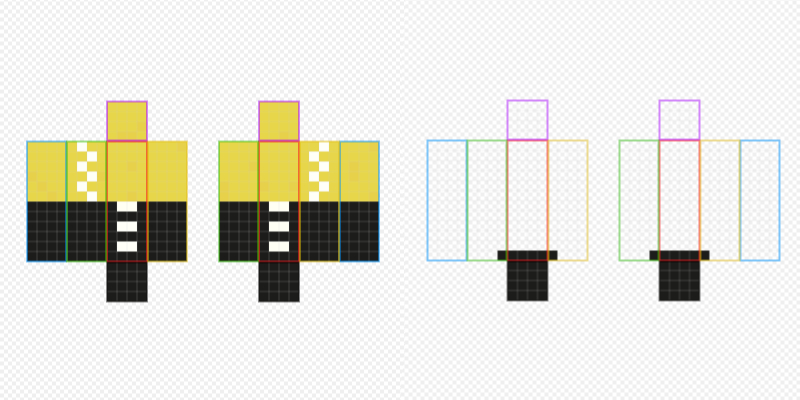 Here are the skins I created this time🙆️♂.
Please try to finish a good skin based on this!
And if you have any skins you'd like to share, please let me know🙏.